In early 2020, NCARB and NOMA conducted a survey exploring impediments throughout early architecture career phases, especially the process of earning a license. Through the findings—which are being released in several independent reports—NCARB and NOMA are identifying areas where underrepresented groups are disproportionately impacted, outlining next steps for further study, and proposing potential solutions.

The Baseline on Belonging: Education Report explores survey data regarding experiences completing a post-secondary degree in architecture, including factors related to cost, program culture, and curriculum—and how these factors create unintended impediments on the path to licensure.

The report reveals that Black or African American women are more likely to face impediments at every stage of their collegiate experience, ultimately driving more than half to consider a different career path. It also underscores disparities in affordability and culture between graduates of National Architectural Accrediting Board (NAAB)-accredited programs and graduates of non-accredited architecture programs. 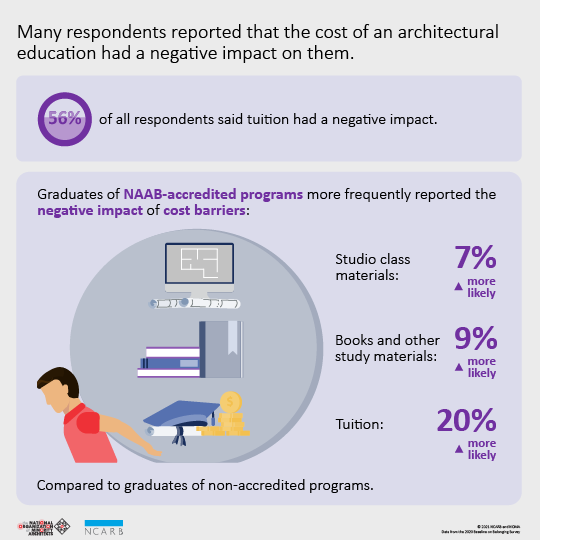 The survey received responses from over 5,300 individuals who are either pursuing a license, recently licensed, or stopped pursuing a license. Of the more than 5,300 individuals who took the survey, more than half said their architecture school’s tuition had a negative impact on them. Graduates of NAAB-accredited programs reported the negative impact of specific cost barriers—studio class materials, books, and tuition—more frequently than graduates of non-accredited programs. 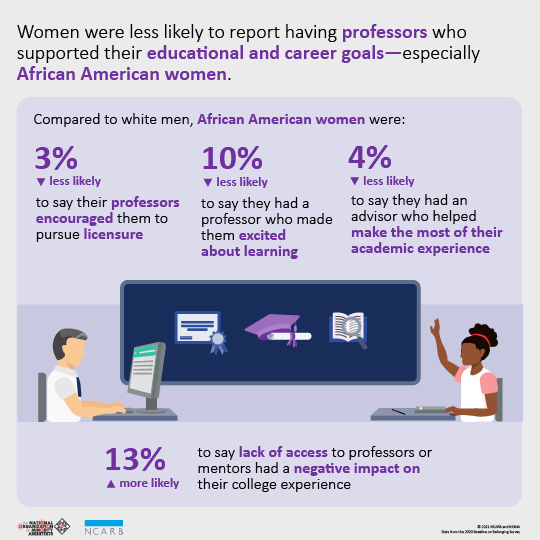 Additionally, the survey reveals that women—especially Black or African American women—were less likely than their white male counterparts to report access to professors who supported their education goals. African American women were also 13% more likely to say that this lack of access negatively impacted their college experience. 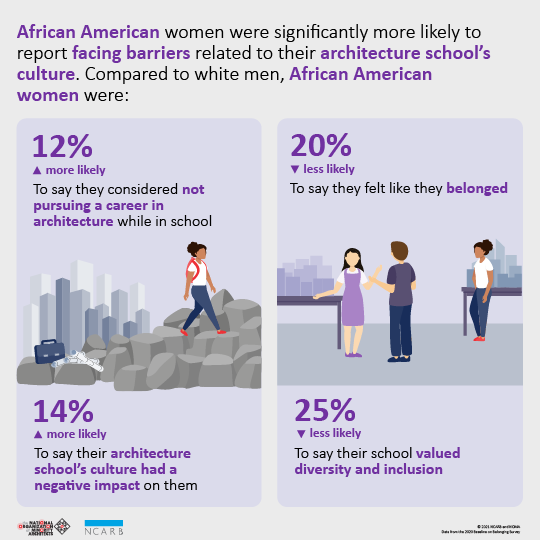 When it comes to other barriers like architecture school culture and diversity, equity, and inclusion (DEI), African American women were significantly more likely to report negative impacts and, consequently, more likely than their white male counterparts to say they considered leaving the field. 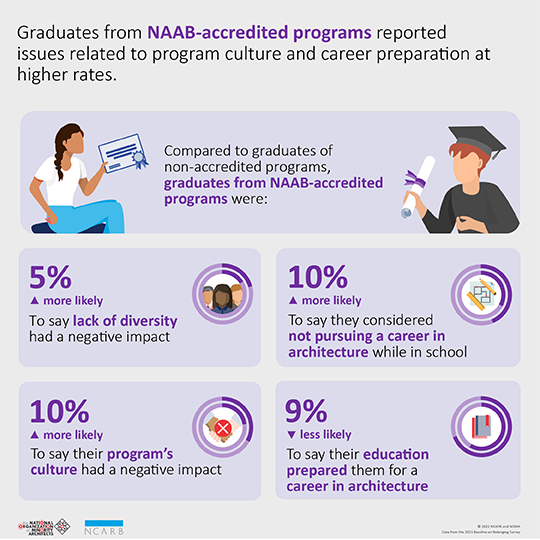 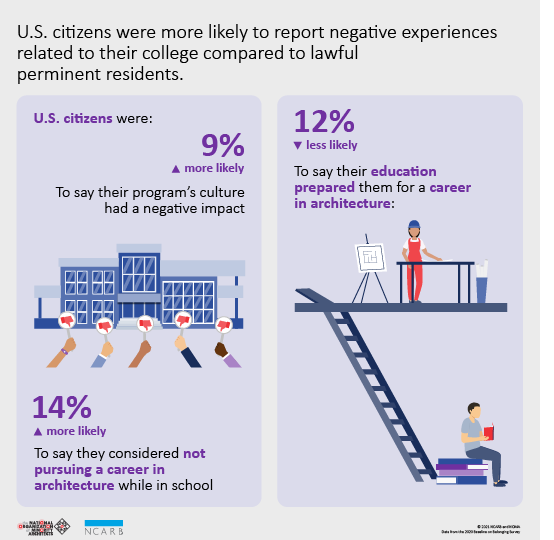 Additionally, U.S. citizens more frequently reported negative impacts from their architecture education than lawful permanent residents and were 12% less likely to say their education prepared them for a career in architecture.

As NCARB and NOMA work toward solutions to help mitigate these disparities, understanding the core underlying causes is crucial. We plan to gain a deeper understanding of how these disparities affect candidates by conducting additional research via surveys and focus groups. In this next phase of research, we will explore questions like:

You can read the full Baseline on Belonging: Education Report online.

Note: NAAB updated their Conditions for Accreditation in 2019, which included a refreshed focus on diversity, equity, and inclusion.

Want to be involved in further study? Sign up to receive the latest updates from NCARB and NOMA.