After reviewing the AIA’s position with our state licensing boards, we have compiled the maps below, which we encourage you to reference before adopting any of these titles. 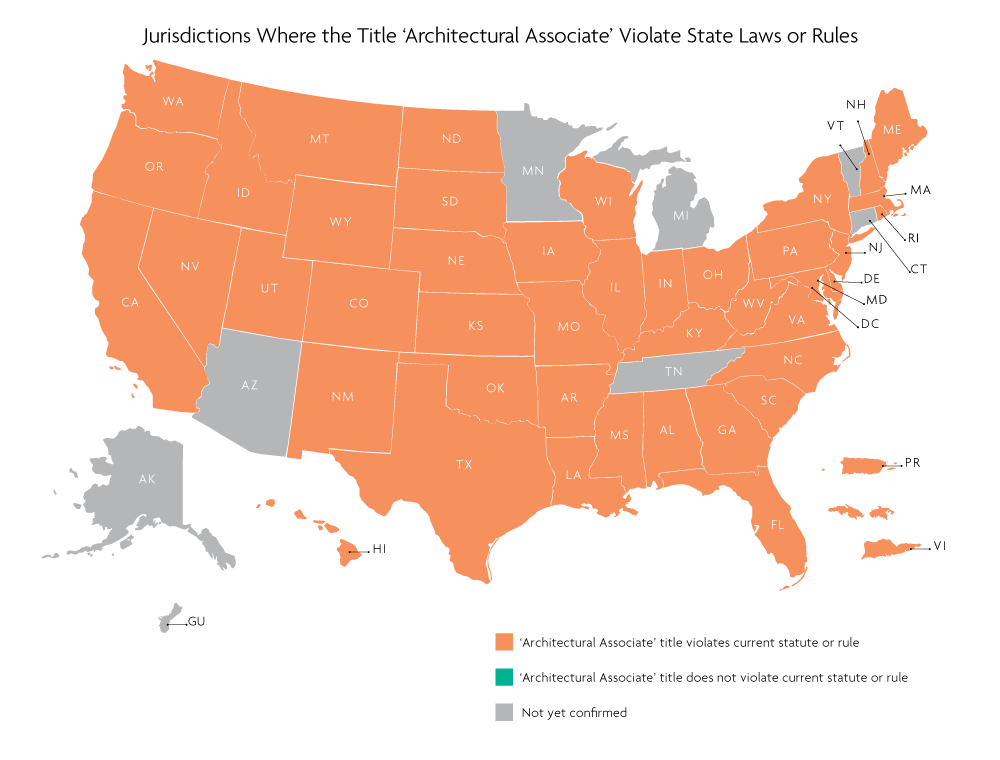 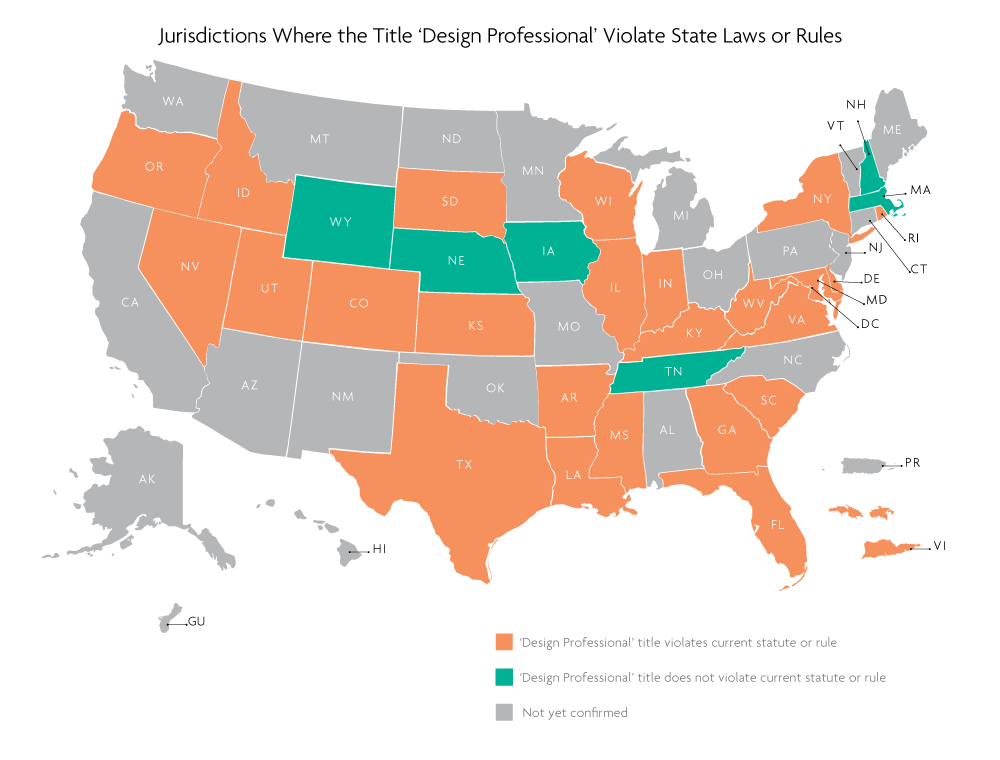 In 46 U.S. jurisdictions, the use of the term "architectural associate" is prohibited, and in 26 jurisdictions, the term "design professional" may be an issue. In addition, 23 states define an "intern" as a post-graduate employee within their law—meaning that candidates cannot describe themselves as an intern prior to graduation.

Removing the term intern has been an ongoing discussion in the architecture community. In May 2015, NCARB announced our decision to stop using the term at the organizational level, acknowledging professional titling to be at the discretion of each jurisdiction. However, replacing the term is a much more complex task that ultimately relies on what is allowed by your state board. Why?

The Role of State Licensing Boards

In their mission to protect the public’s health, safety, and welfare, each U.S. state and territory (also known as a jurisdiction) regulates the practice of architecture within its border. That regulation often limits the use of the term “architect” and its derivatives to individuals who have successfully completed the licensure process. This ensures that anyone who calls themselves an “architect” has the training and skills required to design buildings that protect the public health, safety, and welfare.

Many jurisdictions have ruled that using any form of the word, including “architecture” or “architectural,” sets an individual apart as a licensed practitioner. Similarly, many jurisdictions have ruled that use of the word “professional” with an occupational title—for example, design professional—implies licensure. Using these terms without holding a license in your state could lead to consumer confusion at best, and dangerous safety oversights that risk public health at worst.

Terminology often varies between jurisdictions, so be aware that each state or territory has its own rules regarding titles. Depending on where you live and work, using the titles “architectural associate” or “design professional” could lead to prosecution or disciplinary action. If you are considering using either of these titles, you should check with your architectural licensing board or contact us to learn more about titles in your area.

Because of varying terminology and each jurisdiction’s independent rule-making process, it is unlikely that there will be a single replacement for the term intern. The distinction between those who have graduated and are not pursuing licensure versus candidates in and out of school who are pursuing licensure adds a further layer of complexity to the issue. But that doesn’t mean you and your firm can’t continue looking for alternatives that fit your role and experience—for instance, “project manager” or “designer,” if those titles are applicable to the work you do and are acceptable to your firm and jurisdiction.

Remember: If in doubt, always check with your state board for the latest rules and regulations.