Following a record high in 2016, the number of candidates completing the Architectural Experience Program® (AXP™) in 2017 fell for the first time in four years. Despite this dip, 2017 holds the second highest number of AXP completions on record. 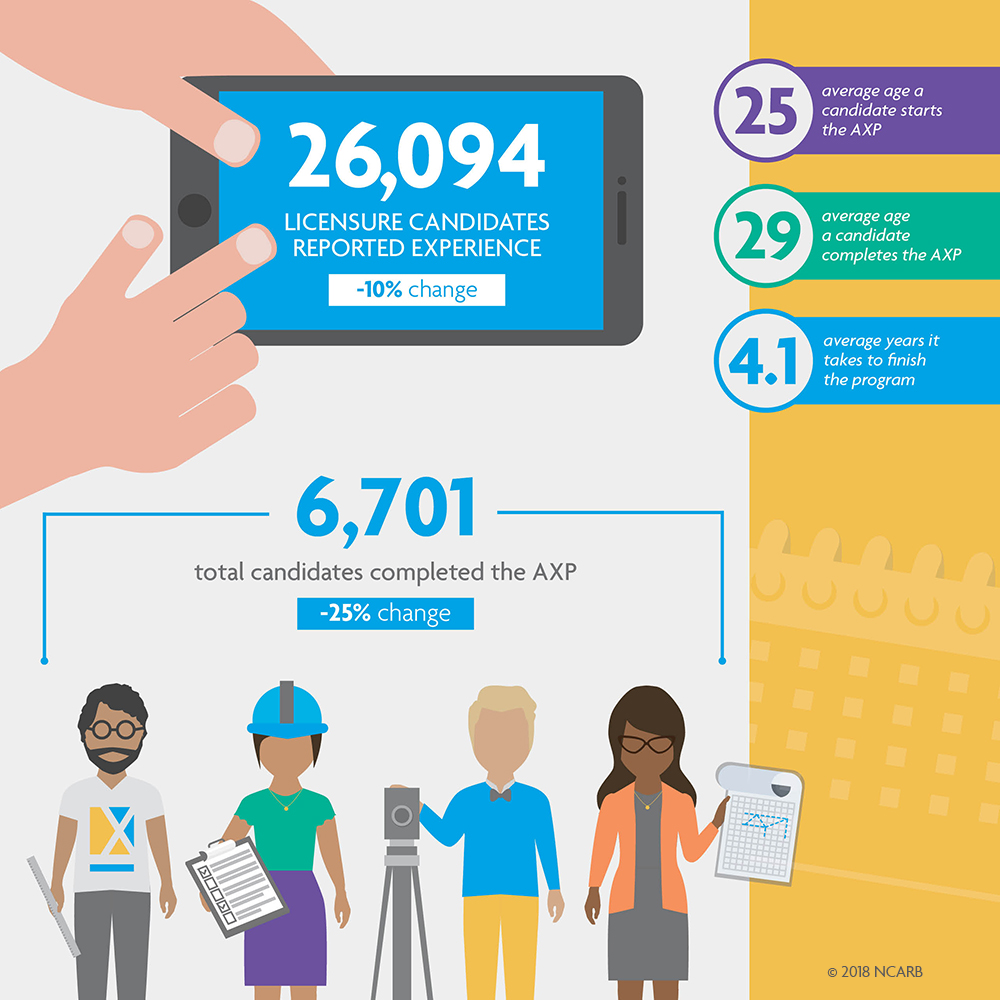 Candidates finished the AXP sooner than ever in 2017. Contributing to this change are the reduction in required hours and the realignment of experience areas. With a broadened scope and a renewed focus on current architectural practice, the updated AXP allows candidates to gain the necessary knowledge and skills with greater flexibility.

In 2017, the number of AXP completions fell by 25 percent—the first drop since 2013. Although a significant decrease, this fall was expected as a follow-up to the spike seen in 2016, when nearly 2,400 candidates completed the program immediately after the experience areas were realigned.

Note: Historical data can shift because licensure candidates can backdate experience up to five years. For example, if someone today submitted a final experience report from 2015, their AXP completion date would be 2015.

Last year, the average licensure candidate completed the AXP in just over four years. This marks the fourth year of steady decrease since the peak of 5.5 years in 2013, a shift that is likely tied to several recent program updates. The most significant of these updates were allowing candidates to report experience older than six months (2014) and the removal of elective hours (2015). The 2016 realignment of experience areas has also helped reduce the time spent completing the AXP.

Fewer Candidates Complete the ARE Before the AXP

Dropping 9 percentage points from 2016’s data, 20 percent of licensure candidates who completed the AXP and ARE in 2017 finished the exam before their experience. While this proportion has been growing in recent years, this year’s dip is likely tied to the nearly 2,400 candidates who completed their experience requirement when the AXP launched in 2016. A similar drop of 7 percentage points was seen in 2012 following a previous program update.