To celebrate Thanksgiving, we asked NCARB staff to share their favorite architecture around the United States. From the Chrysler Building in New York to the Monterey Bay Aquarium in California, here are 12 architectural gems to be thankful for. 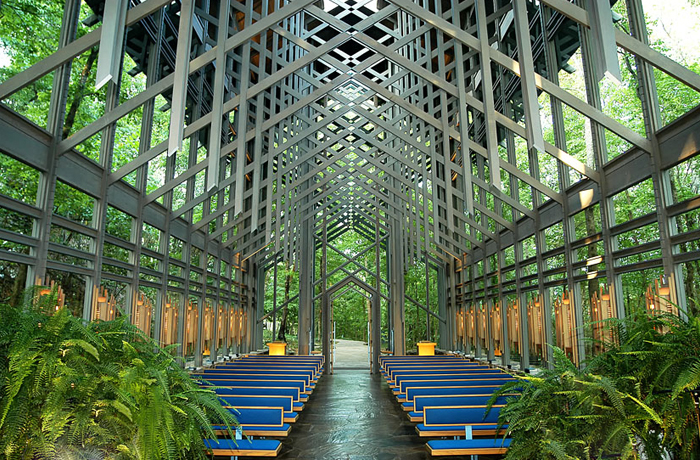 Thorncrown Chapel in Eureka Springs, AR
Thorncrown Chapel is one of the most special and inspirational places on earth. Architect Fay Jones created a space with an overwhelming sense of peace that immediately embraces you the moment you walk in the doors. Simply elegant and beautiful. [Photograph courtesy of the Thorncrown Chapel]
— Stephen Nutt, AIA, NCARB, CAE; Sr. Architect/Advisor to the CEO 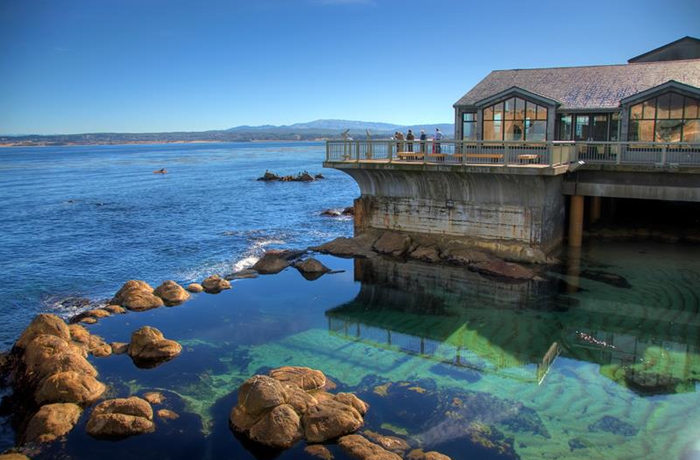 Monterey Bay Aquarium in Monterey, CA
I loved the aquarium as a kid. It was always a huge treat to go, although proximity to the beach may have biased the deal. [Photograph by Tony da Silva for Monterey Bay Aquarium]
— Rachel Schwartz, Business Analyst 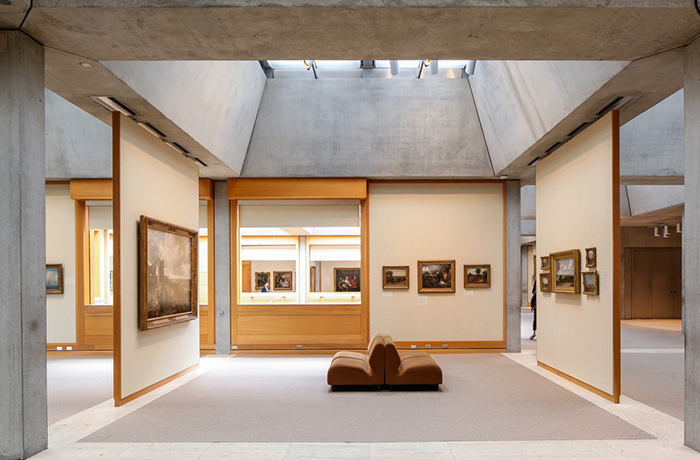 Yale Center for British Art in New Haven, CT
Louis I. Kahn is great at creating emotion with his spaces and use of materials. While in school, I was able to analyze this building for my advanced building systems class. After looking at how the MEP systems were integrated into the building, I was even more amazed at the detailing and thought that was put into the design. And yet, the look is so clean and simple. [Photograph by Flickr user Scott Norsworthy]
—Martin Smith AIA, NCARB, LEED Green Associate; Manager, Internship + Education 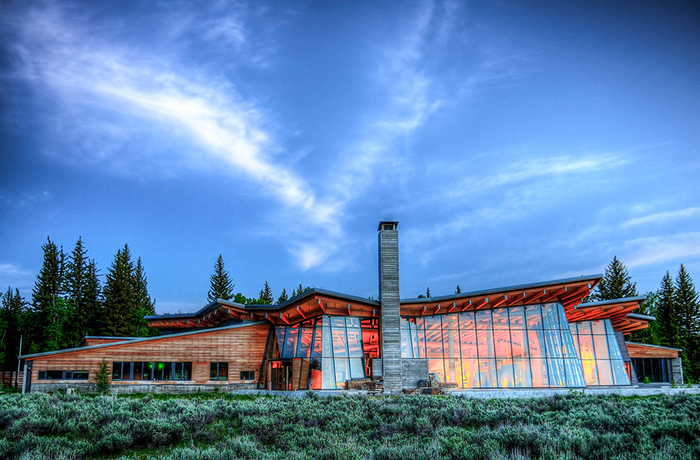 Craig Thomas Discovery and Visitor Center in Moose, WY
I love the way the design emulates the surrounding landscape, along with the solidity and warmth of the massive wooden pillars throughout its structure. [Photograph by Flickr user Craig Rucks]
— Andy McIntyre, Assistant Director Digital Marketing 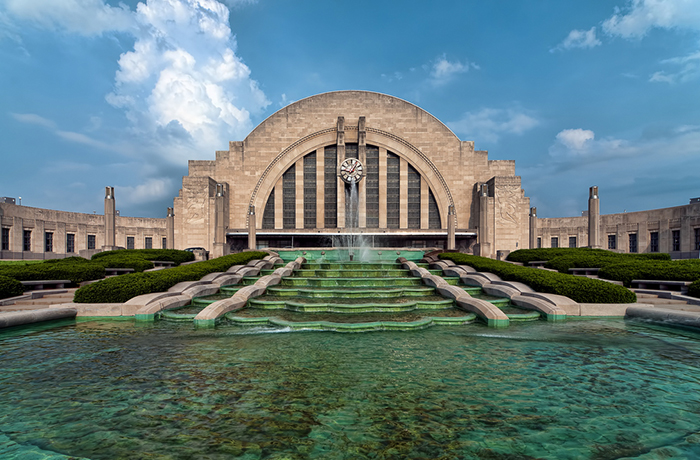 Cincinnati Museum Center in Cincinnati, OH
The Museum Center at Union Terminal—awe-inspiring, inside and out. When I was a kid it was one of my favorite places to go. [Photograph by Flickr user Mark Whitt]
— Justin Morgan, Software Engineer 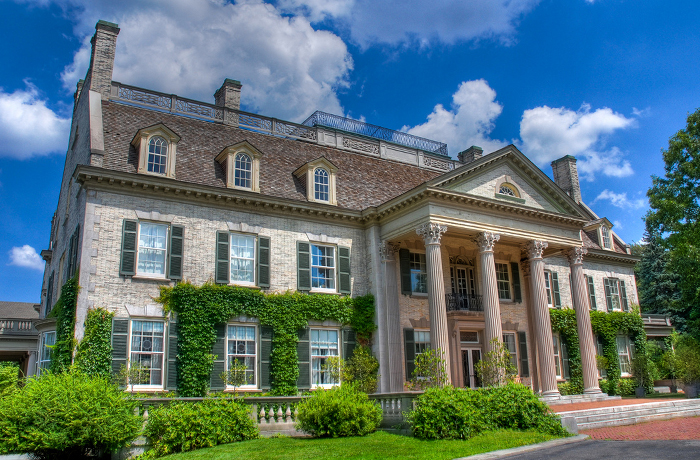 George Eastman House in Rochester, NY
It’s fitting that George Eastman, founder of the Eastman Kodak Company, would create one of the most picturesque estates in the region. The 35,000-square-foot Colonial Revival mansion, which is now home to the world’s oldest photography museum, boasts 50 rooms filled with rare treasures. [Photograph by Flickr user Keith Watson Photography]
— Samantha Miller, Content Producer 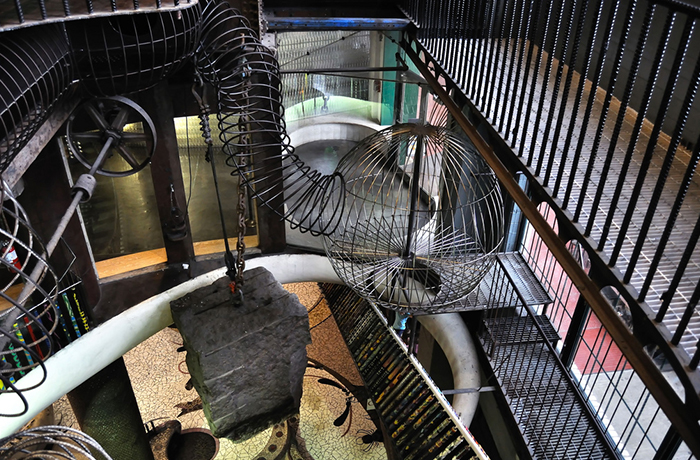 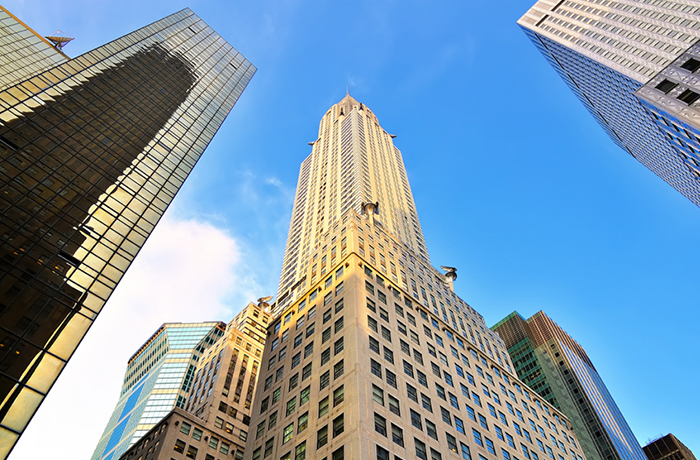 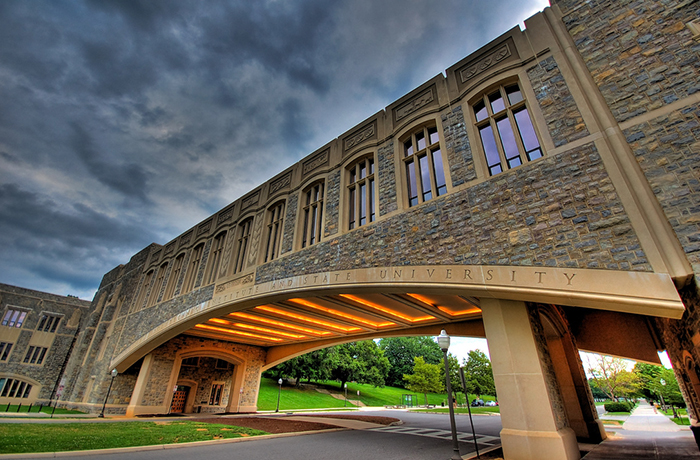 Virginia Tech in Blacksburg, VA
Go Hokies! What can I say. Virginia Tech is my alma mater. I’m thankful for the education I received there, one of the most beautiful campuses in the world. Fantastic use of limestone (we call it Hokie stone) that is quarried for VT projects. Perfect for the mountain setting of Southwest Virginia. [Photograph by Flickr user Brian Sewell]
— Barry Lawrence, Public Relations Manager 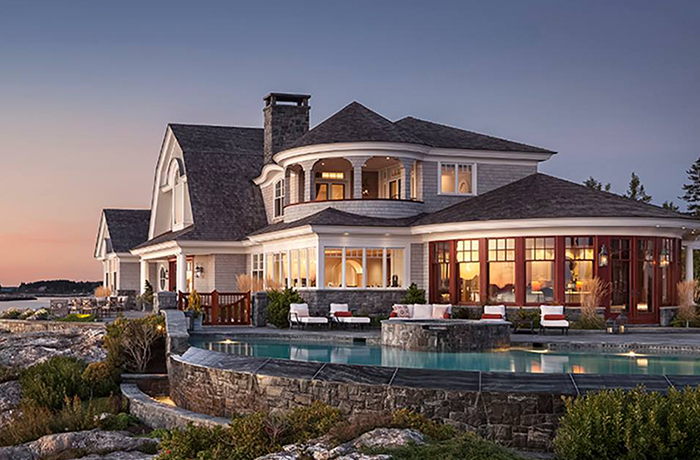 Estate in Southport, ME
I am thankful for projects like this. In the midst of a recession, there was a tradesperson behind each and every detail of this house, keeping many in the region employed. And as the owner of the Knickerbocker Group said, “this house gave us the opportunity to dream big and do things we’d never tried before. It was so much fun.” [Photograph by Irvin Serrano for Maine Home + Design]
— Kimberly Tuttle, AIA, NCARB; Outreach Manager, Internship + Education Destination Architect: Your Guide to Becoming an Architect

Get Involved and Support These Architecture Nonprofits

NCARB & NOMA Survey Highlights Disparities on the Path to Licensure

Destination Architect: Your Guide to Becoming an Architect

Get Involved and Support These Architecture Nonprofits

As of August 18, 2020, NCARB has issued an additional six-month rolling clock extension to all ARE candidates with valid divisions passed as of March 1, 2020. Read more.