In early September, 12 licensure candidates from diverse backgrounds gathered in Washington, DC, for NCARB’s seventh annual Think Tank. Over the course of two days, members brainstormed how NCARB can improve equity along the path to licensure, debated the ethical responsibilities of architects, explored how the practitioner’s role is evolving, and provided feedback on our programs and services. Here’s a snapshot of how the next generation of architects hopes to shape the future of licensure and beyond. 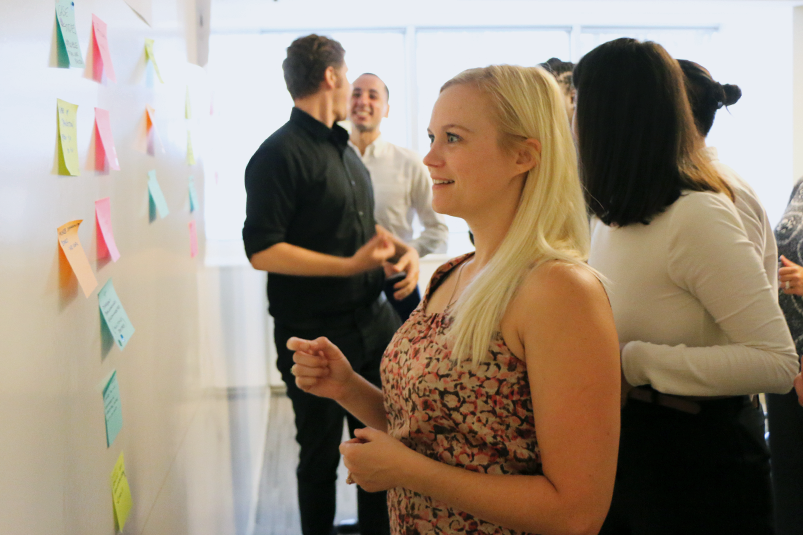 To kick off the meeting, members were asked to identify the most successful and challenging elements of the licensure process. Kristin Dillenburger, a Marine Corps veteran and graduate student at the University of Cincinnati, read the group’s feedback. Several members complimented NCARB’s Architect Registration Examination® (ARE®) 5.0 study materials, and others wished they had learned about licensure requirements sooner. 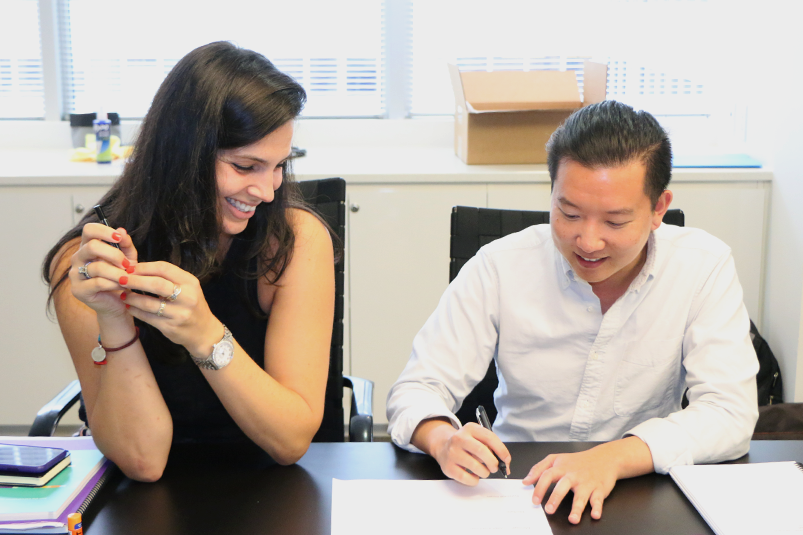 The Think Tank broke into pairs to provide feedback on NCARB’s automated emails to emerging professionals—from the time someone signs up for an NCARB Record to when they pass the ARE. Dena Prastos, who recently earned her license in Connecticut, and Paul Li brainstormed messaging and helpful resources for candidates who request a new Architectural Experience Program® (AXP™) supervisor. 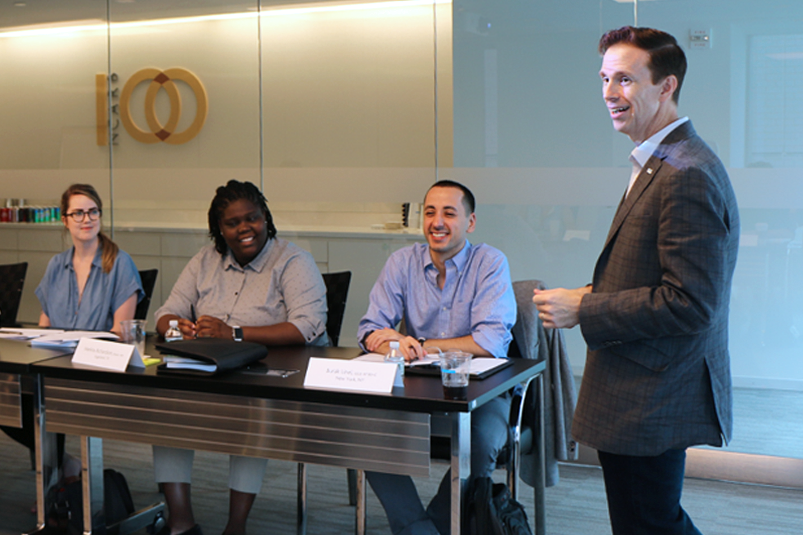 Jared Zurn, Director of Examination, led an exercise about the ethical responsibilities of licensure candidates and architects. Members reviewed a variety of scenarios related to the ARE Candidate Agreement and NCARB’s Model Rules of Conduct, and debated whether the profession reflects the standards laid out in these guidelines. The Think Tank’s feedback will be shared with NCARB’s Examination Committee. 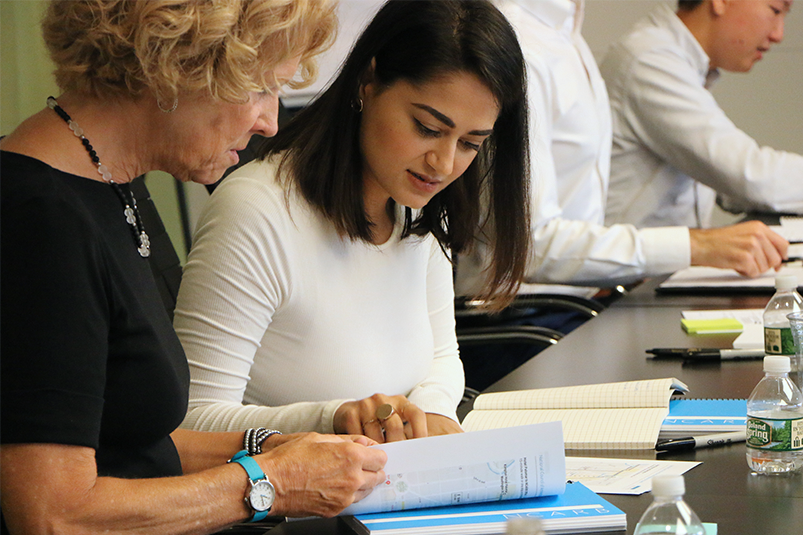 While diversity among licensure candidates and new architects continues to improve, there’s still work to be done. Armed with the latest data from NCARB by the Numbers, small groups explored how NCARB can address attrition along the path to licensure. Members noted several obstacles for the profession to tackle, including a lack of diversity among firm leaders and re-connecting with individuals who’ve left the licensure track. 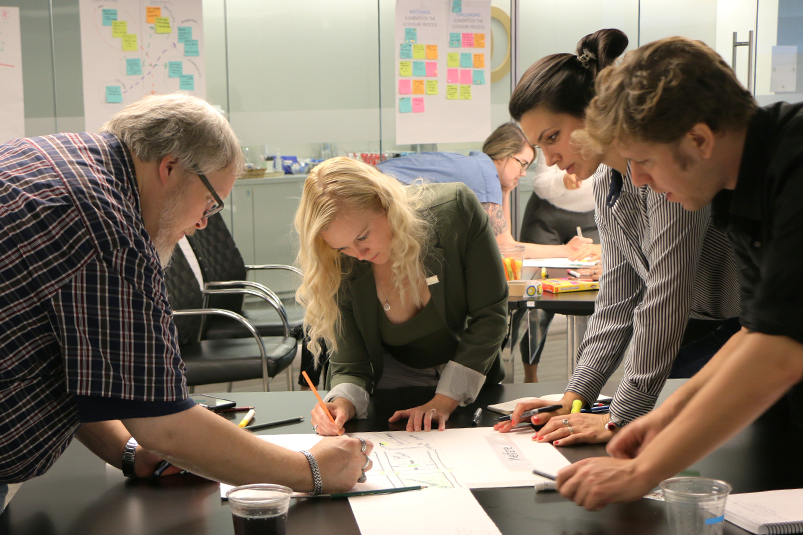 To close the meeting, the Think Tank explored modern definitions of Health, Safety, and Welfare (HSW). The conversation quickly revealed how shifting viewpoints of “welfare” might impact the role of architects, and what this could mean for the future of architectural regulation. 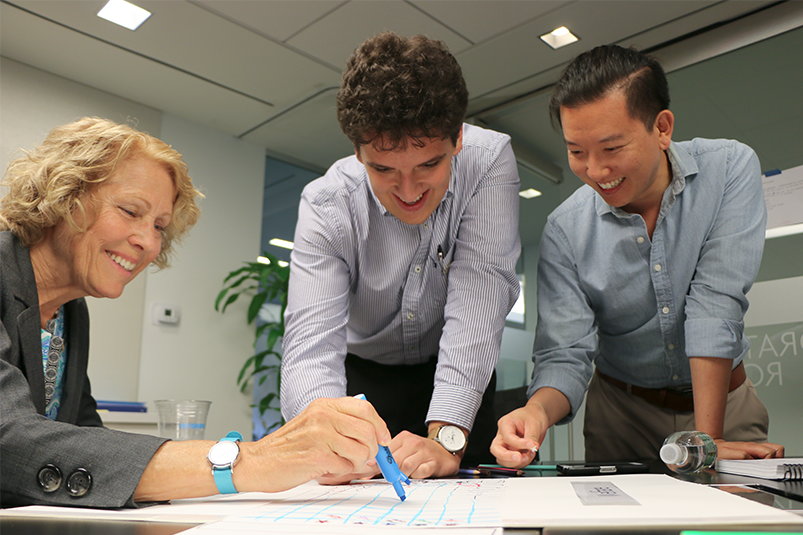 Over the next several months, the Think Tank will continue these vital conversations through a series of webinars and conference calls—ultimately culminating in a project proposal shared with NCARB leadership. In December, the group will reconvene at NCARB’s Committee Summit, where they’ll have the opportunity to engage with the Board of Directors, as well as several of the organization’s committees and task forces. 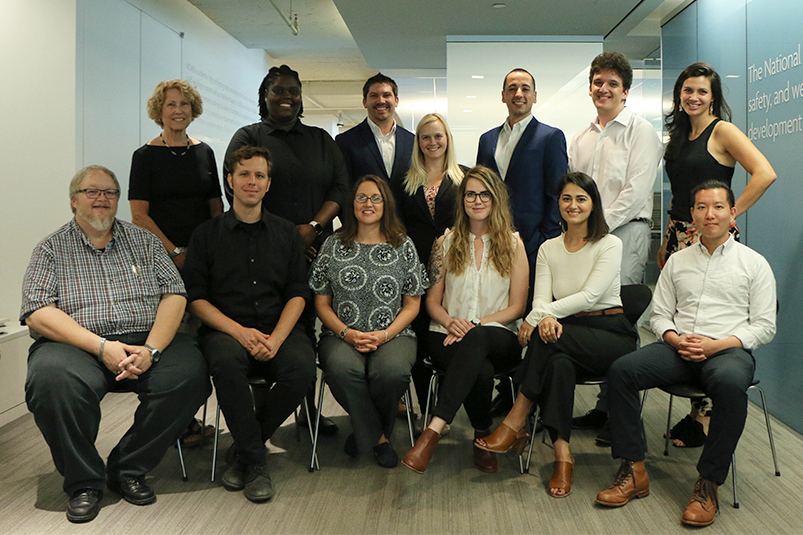 “Working with NCARB is always invigorating and constantly challenges us to participate in shaping our profession,” said Chair Kerry Bartini, a Massachusetts architect and a member of the 2015 Think Tank. “We have the responsibility, no matter where we are in our careers, to keep learning, while also holding out a hand to the generation behind us.”

2019 Think Tank Explores the Pros and Cons of Licensure

2019 Think Tank Explores the Pros and Cons of Licensure