Every year, NCARB requests the number of architects and reciprocal licenses from each of its jurisdictions—which include all 50 states, the District of Columbia, Guam, Puerto Rico, and the U.S. Virgin Islands. The 2017 Survey of Architectural Registration Boards indicates architects in the United States rose to 113,554, a 3 percent increase since 2016. Compared to the population, there is one architect for every 2,900 people in the United States. The number of architects has risen over 10 percent since 2008, while the total U.S. population has risen 8 percent, according to data from the U.S. Census Bureau.

The survey also revealed the second highest number of reciprocal (out-of-state) licenses on record at 125,348—indicating that architects continue to have the mobility they need to seek work across state borders.

“This year’s data not only shows that licensure remains valued within the architecture field,” said NCARB CEO Michael J. Armstrong. “It also demonstrates that NCARB’s efforts to streamline the path to licensure and remove unnecessary barriers has been effective. We’ve achieved this while maintaining rigor and ensuring each board’s ability to protect the public.”

The survey reflects registration data from January to December 2017. Learn more about NCARB’s data and the 2017 Survey of Architectural Registration Boards. 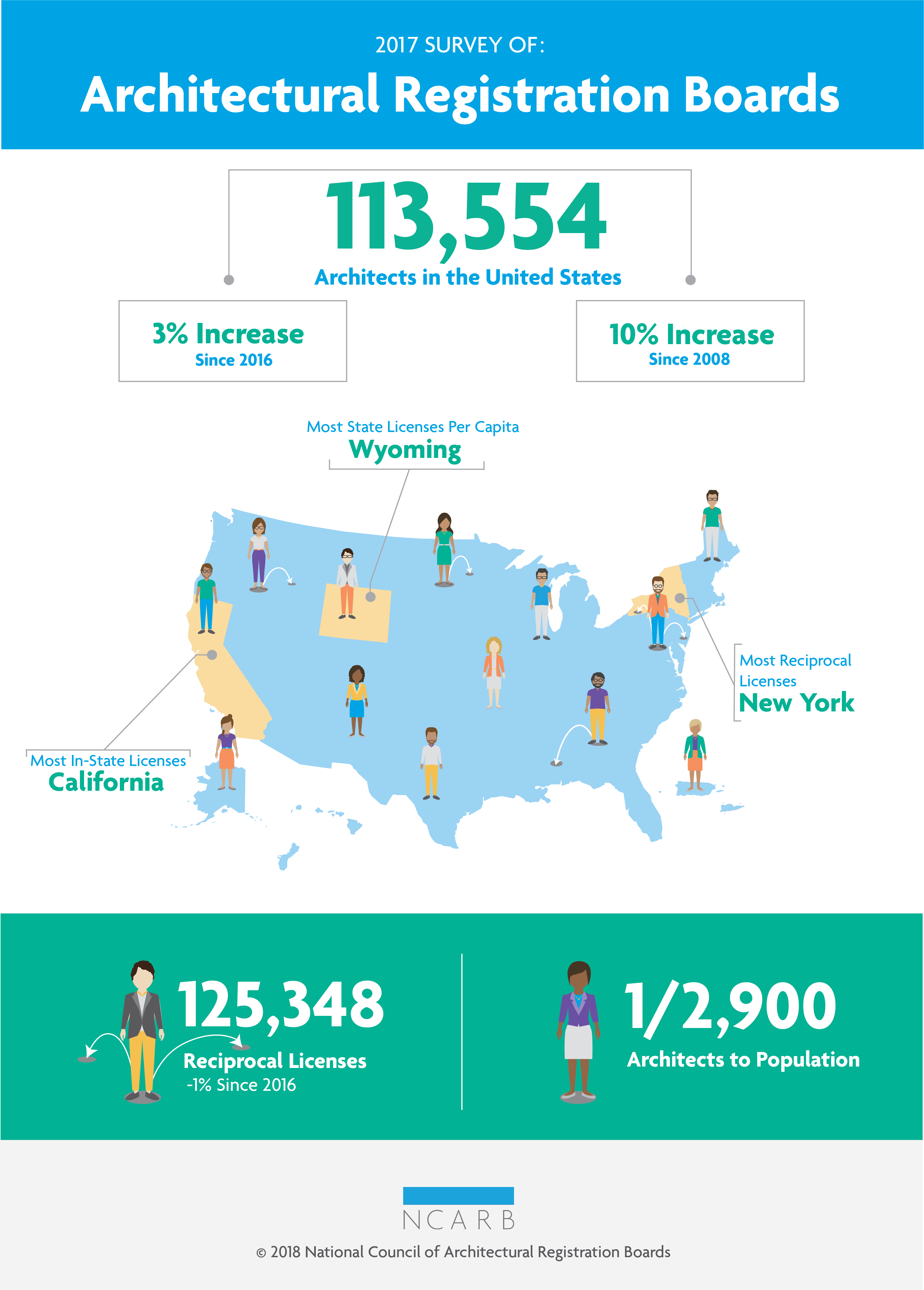 Redefining the Timeline to Licensure