The path to licensure is becoming less fragmented, as more candidates begin internship earlier and take advantage of concurrent testing. Let’s take a deeper dive into this chart from NCARB by the Numbers, which shows the median duration of each step in the process. 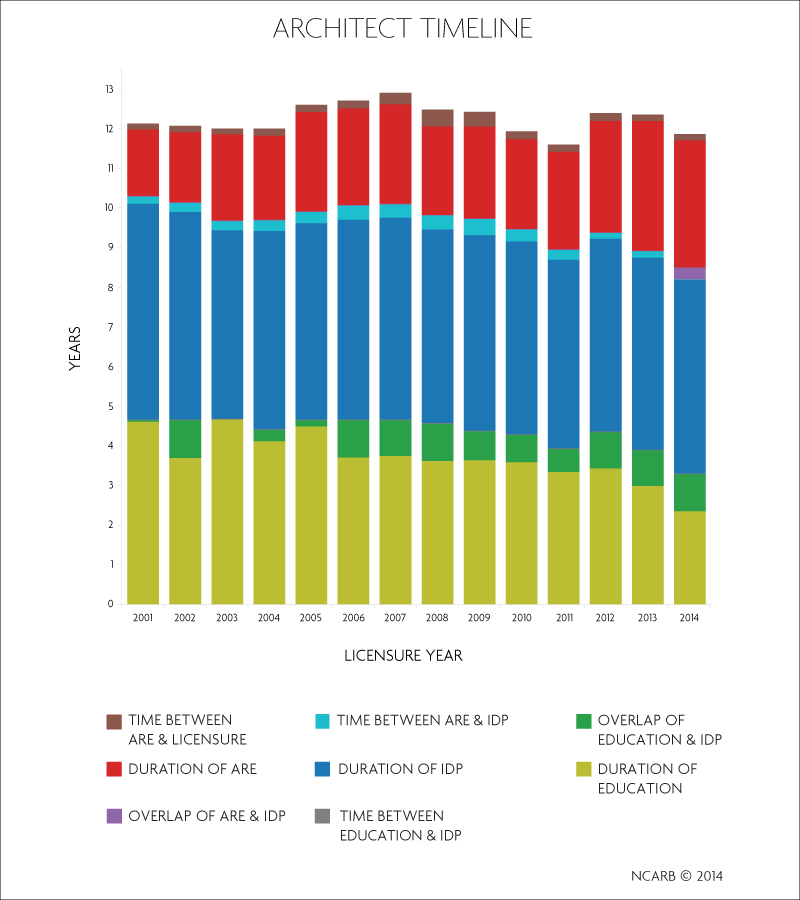 Of those who became licensed in 2014, at least half reported IDP experience while in college. For comparison, the average licensee in 2001 did not begin IDP until after graduating. We expect this number will continue to climb, especially now that policy changes—including modifications to the IDP reporting requirement and eligibility date—provide more flexibility to candidates.

Similarly, while concurrent testing has been available since 2007, the majority of licensees did not take advantage of the opportunity until this year. So far in 2014, more than half of all exams were taken while the candidate was completing IDP. It is important to keep in mind that these figures reflect trends among NCARB Record holders.

For additional insight into our profession, download your copy of the 2014 NCARB by the Numbers here.

Redefining the Timeline to Licensure