New for 2018, this section investigates attrition along the path to licensure. 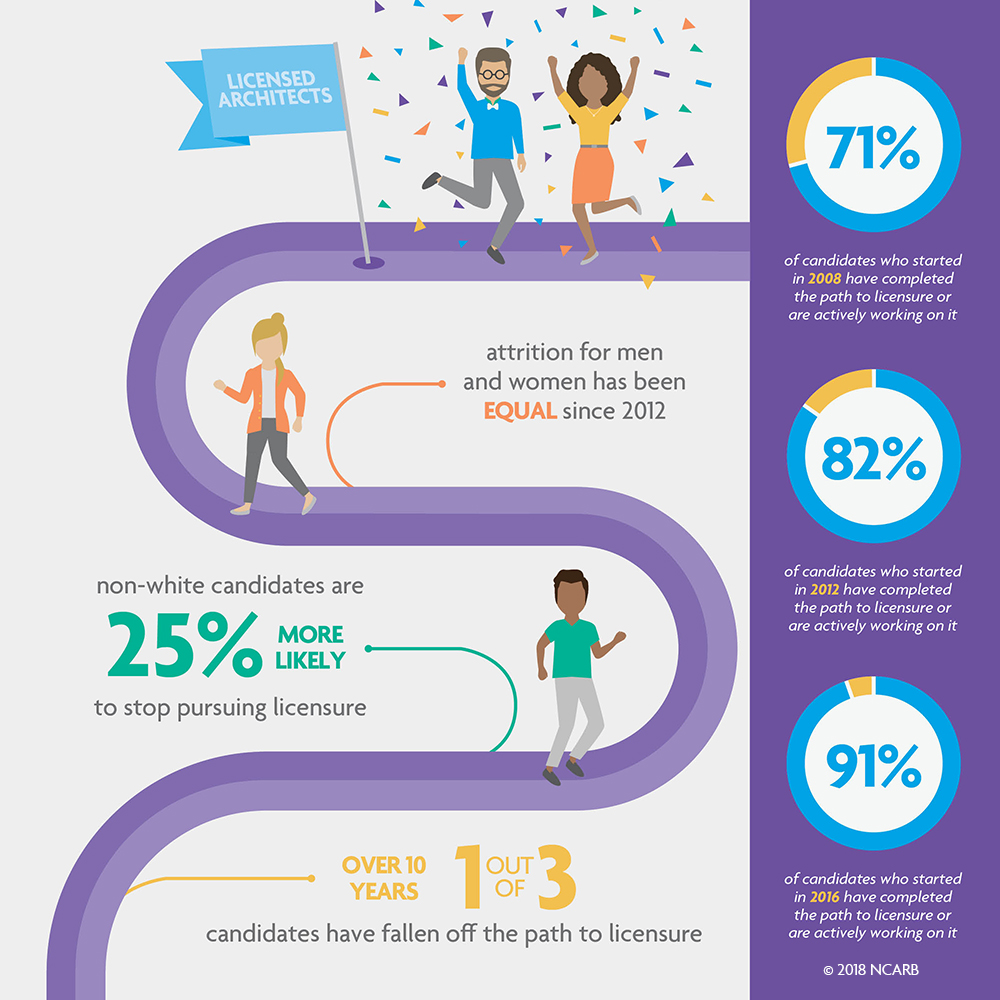 NCARB has spent the past several years updating and aligning our programs to remove unnecessary burdens while maintaining the rigor needed to protect the public. A key component of this process is identifying pinch points where candidates fall off the path to licensure—and understanding how those pinch points may vary for candidates from different backgrounds.

Most Candidates Stay on the Path to Licensure

Of all the candidates who started their NCARB Record in 2008 (10 years ago), over two thirds have either finished their core requirements for licensure (43 percent) or are still actively working to complete them (28 percent). Twenty-nine percent have stopped working toward licensure and have fallen off the path. When compared to more recent years, fewer candidates have completed the core requirements for licensure, and only a small proportion have fallen off the path.

An assessment of 2016 data (candidates who started a Record two years ago), reveals that 3 percent have completed core licensure requirements, 88 percent are actively working toward licensure, and only 9 percent have been lost. This cohort has had less time to complete their education, experience, and examination requirements.

Gender equity has been gradually improving in the profession. Since 2012, historic differences in attrition between genders have disappeared.

This trend continues in more recent years, with non-white candidates typically 25 percent more likely to fall off the path to licensure than their white peers. This is in contrast to the gender comparison of attrition, which has evened out since 2012.

Note: NCARB uses the same categories for race and ethnicity as the U.S. Census Bureau. Non-white combines those who identified as Asian, Black or African American, Native Hawaiian or other Pacific Islander, and Hispanic or Latino.