While equity and diversity in the profession have been improving in recent years, new data shows that attrition along the path to licensure remains much higher for non-white individuals.

Washington, DC—Diversity among licensure candidates and new architects continues to improve, according to the 2018 edition of NCARB by the Numbers. However, new analysis from the National Council of Architectural Registration Boards (NCARB) also indicates that while non-white individuals now make up a larger percent of the profession, they also stop pursuing licensure at higher rates. Comparatively, attrition rates for men and women have evened out as the proportion of women in the profession has increased.

“NCARB has spent the past several years updating and aligning our programs to remove unnecessary burdens while maintaining the rigor needed to protect the public,” said NCARB CEO Michael Armstrong. “A key area for us to address is identifying how pinch points along the path to licensure may vary for candidates from different backgrounds.”

In 2017, racial and ethnic diversity continued to improve along early career stages. 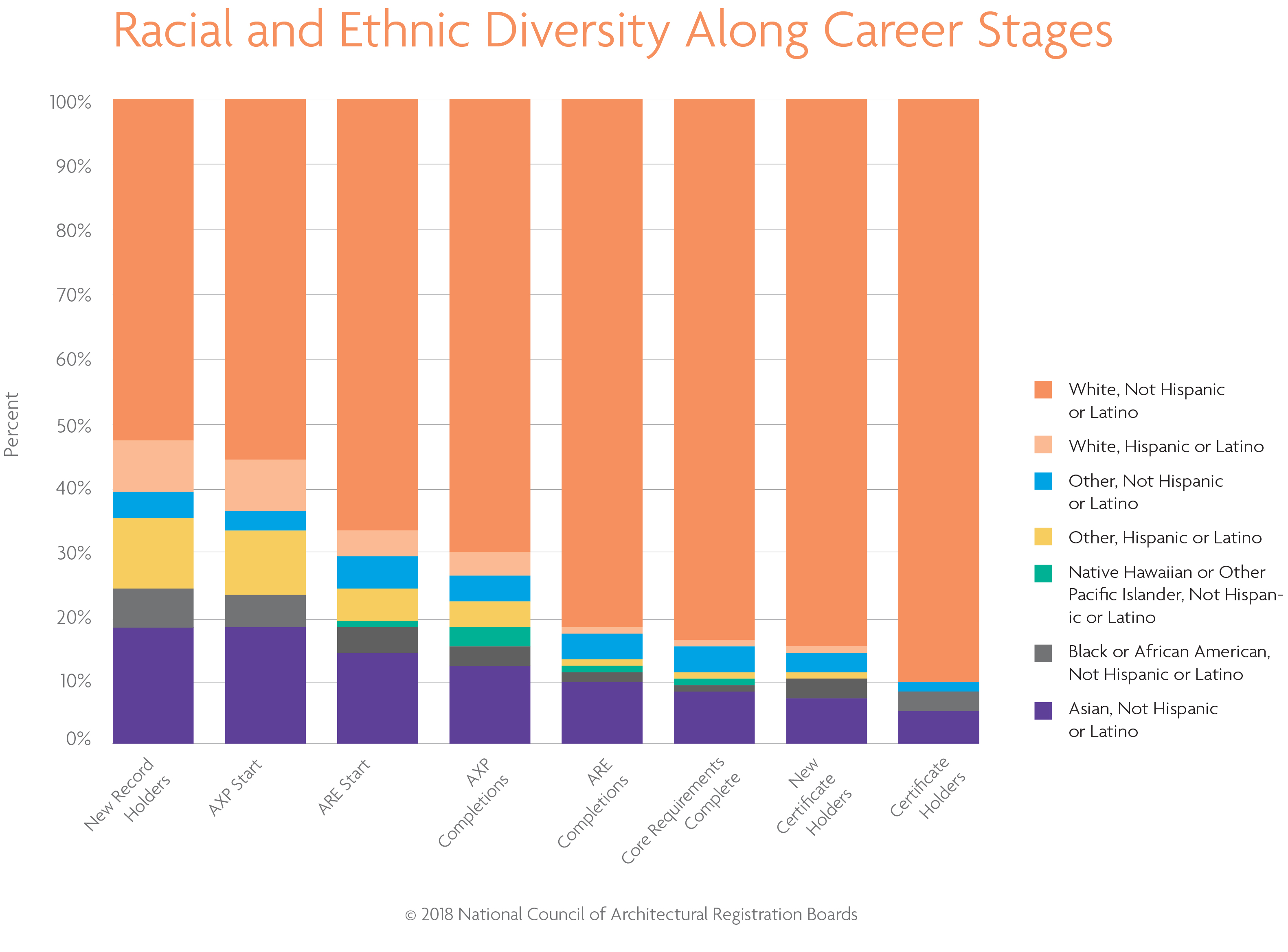 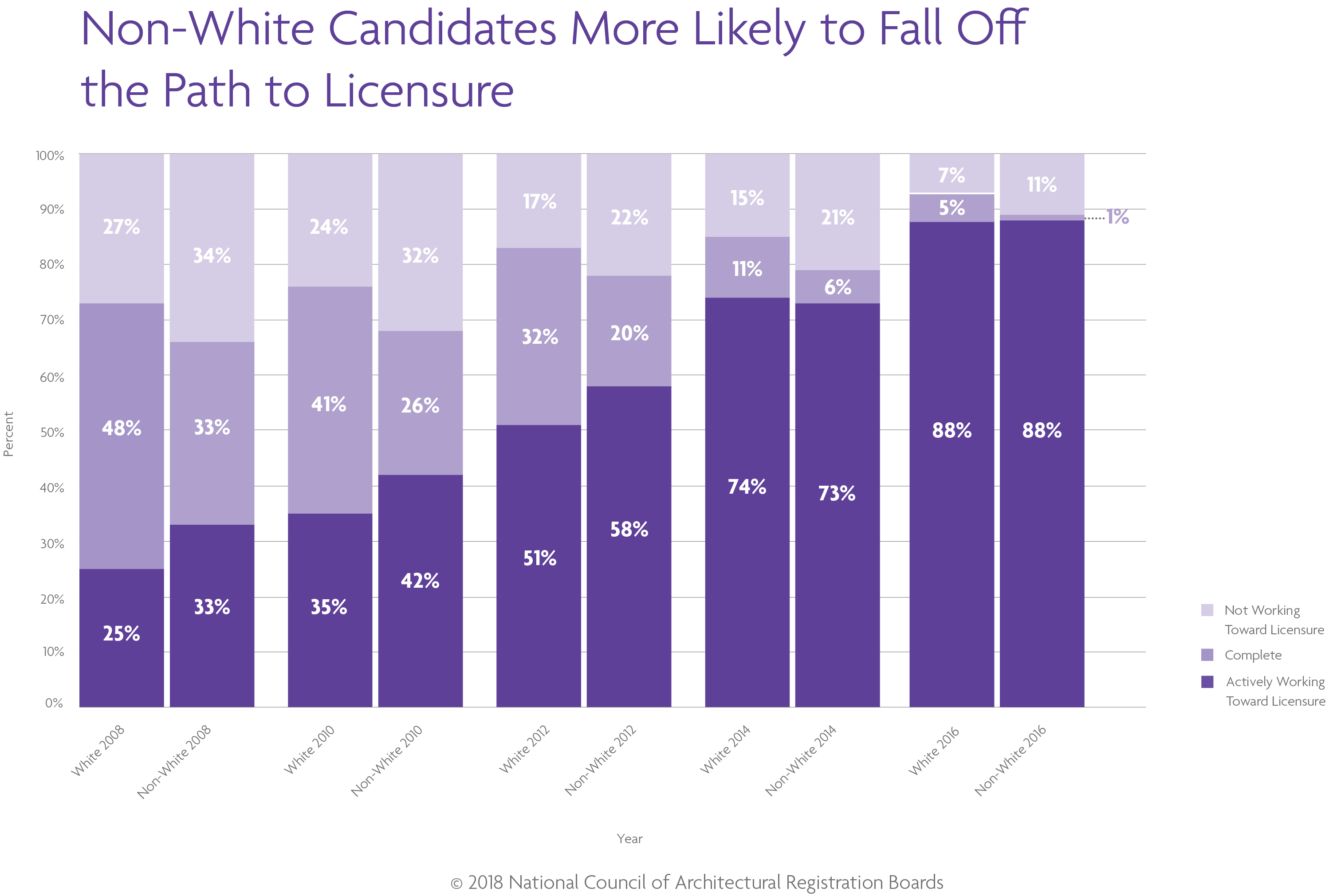 Gender equity remained largely unchanged over the course of 2017, with minimal increases
and decreases at various career stages. 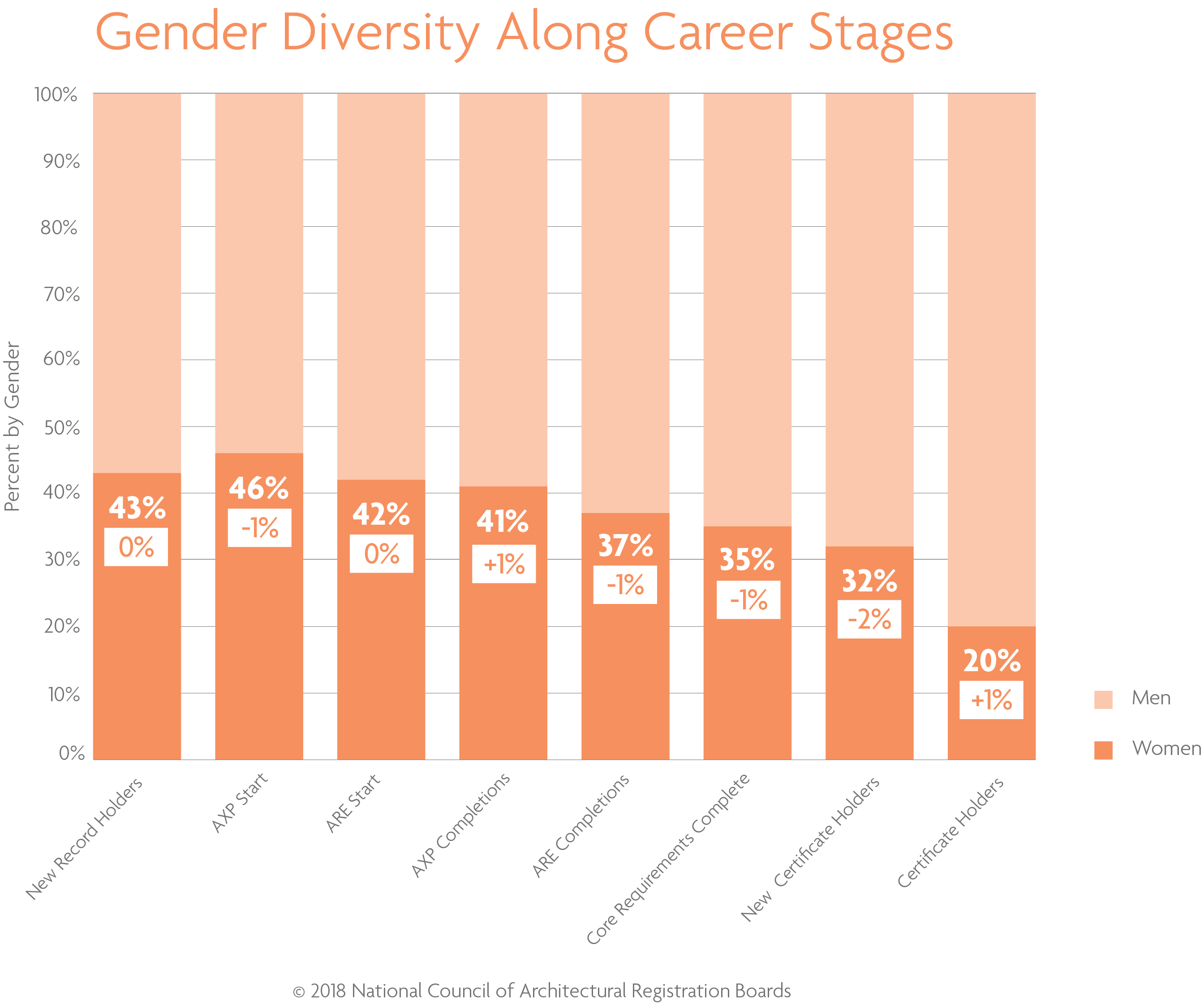 In 2017, women accounted for 46 percent of new AXP participants, 42 percent of new Architect Registration Examination® (ARE®) candidates, and 35 percent of candidates who’ve completed the core requirements for licensure. By comparison, women made up 47, 42, and 36 percent, respectively, of these groups in 2016. 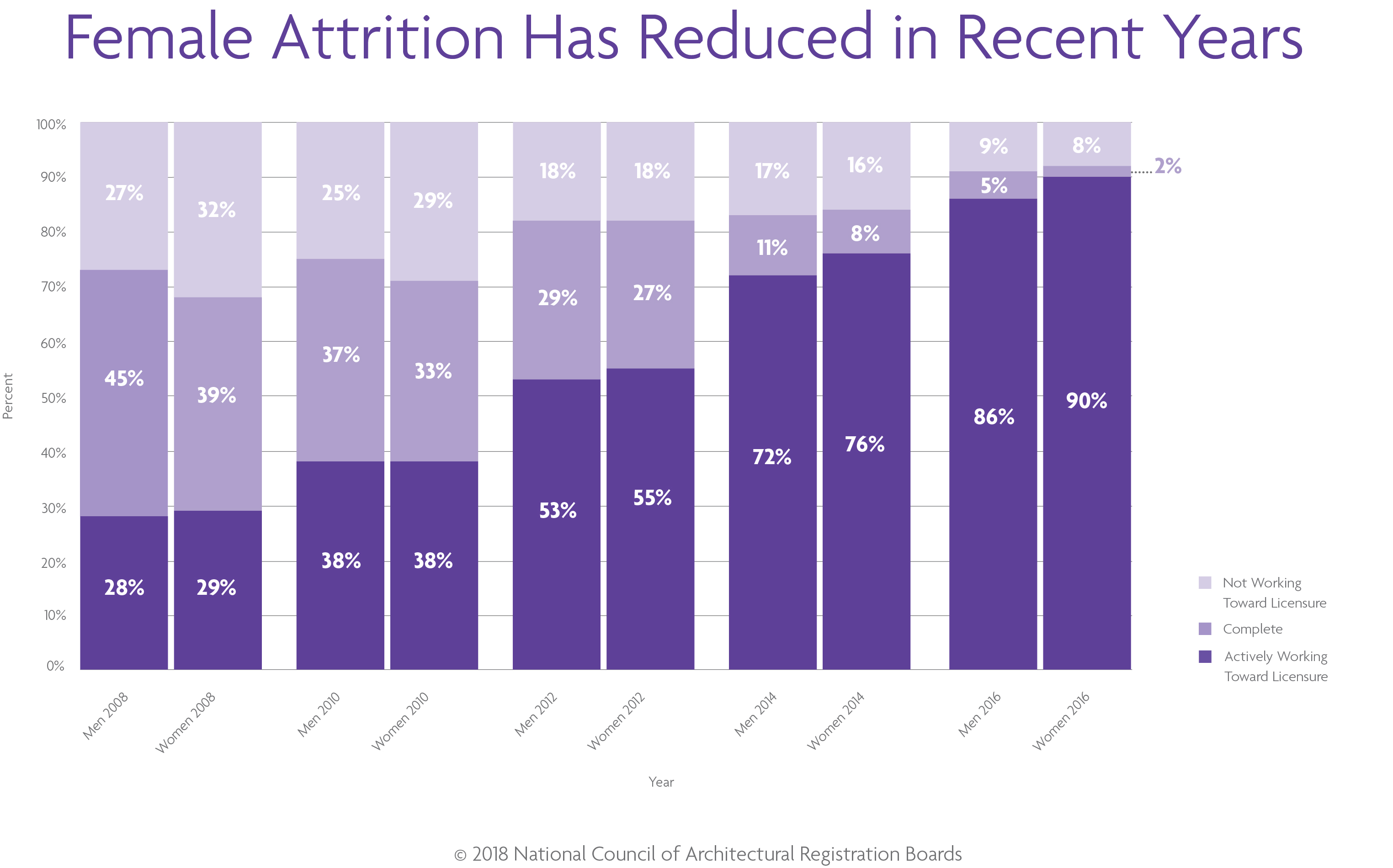 Historic differences in attrition between genders have disappeared since 2012. Of those who started their NCARB Record in 2008, 32 percent of women and 27 percent of men have fallen off the path to licensure—a 5 percent gap.

The 2018 edition of NCARB by the Numbers, available in July, provides exclusive insight into the number of U.S. architects, the pool of candidates working toward licensure, and diversity in the profession. To learn more about NCARB’s data, visit www.ncarb.org.